Covid-19, Gun Violence, Unity, Abortion to Immigration - A Promise with so much hopes where is it now four months towards Mid Terms Elections 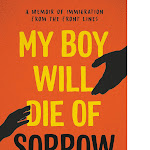 Sadly, as everyone has been experiencing the harsh reality of life surviving the effects of inflation, still living through the fear of Covid-19, the daily news of gun violence and on and on. There's this issue of Roe vs. Wade which is another that opens up another saga of discussions. There's a lot to take what's happening around us but sometimes you just have to look at what is the first thing that is needed for today. For one, you have to eat buy food and groceries, are you able to afford them and you have to go to work and put gas on your car. If you live if San Francisco, Ca for example Premium gas can be as high as $5.99. Then in between you don't have enough money in the bank, you checking account get's overdrawn and you get charge the overdraft fees and then the finance fee from your credit card if you have credit card as back up for the overdraft protection. For lunch when you do not have enough money, you take your credit card out to pay for your lunch with your credit card with an APR 26% as your credit is not that great. Hopefully, you have medical and dental insurance in case you get sick. If not you'll be using that credit card again in case for medical bills and medicines.

In the summer of 2018, Efrén C. Olivares found himself representing hundreds of immigrant families when Zero Tolerance separated thousands of children from their parents at the U.S.-Mexico border. Twenty-five years earlier, he had been separated from his own father for several years when he migrated to the U.S. to work. Their family was eventually reunited in Texas, where Efrén and his brother went to high school and learned a new language and culture. I took this excerpt from this book of Efren Olivares to relate an example on when the new administration started with the vision of Immigration Reform.

From the looks of it, as in the past Democratic Presidents Immigration Reform is no longer a conversation as it looks like. It's unfortunate that even in both Houses of Congress there were discussions but it looks like now four months before mid term elections this topic is also muted.

As an example when Covid-19 started in 2019 there were I-130 Immigrant Petitions from the USCIS that were approved already waiting for Interviews. Because the broken Immigration system, if your are in the United States the law requires if you have an approved petition such as these you have to leave the US and be interviewed in your home country. The corresponding Embassy abroad through the Dept. of State will arrange the Interview Date. So even if your petitioner has a medical need or hardship you still have to go to this process. It is now 2022 going 2023 and we can count the backlog that this has created and this particular process itself. The worst case scenario those that might have had medical need might have been too late by now. Yet in the interim between how many refugees had we allowed to be expedited to enter the USA from Afghanistan or Ukraine. This is not to be bias about them but just to make a point. And yes our Congressman knows about these issues. As a matter of fact if you write to some of them they simply to do not even send a auto reply.

We can't always say we have to go out and vote. We have to show we are doing something so people will see that they really need to support the cause.

Posted by Alex Esguerra at 11:46 PM No comments:

Email ThisBlogThis!Share to TwitterShare to FacebookShare to Pinterest
Labels: Alex Esguerra, COVID-19, Efren Olivares, Gun Violence, Immigration Reform, Joe Biden, My Boy Will Die of Sorrow: A Memoir of Immigration from the Front Lines, Roe vs Wade
Alex Esguerra
We are what we believe and what we do
Older Posts Home
Subscribe to: Posts (Atom)